We’re going to talk in terms of mattress foundation comfort, support, and durability as it is perhaps the most crucial part of a sleep system. The foundation from the Therapedic® is just one of the several brand names that fall under The Bedding Group’s (Our manufacturer) production & licensee rights.

In terms of durability and strength, this key support piece is a descendant of what we once called the “box springs”. Essentially, box springs were springy shock-absorbing platforms designed to support the mattress. However, for the most part, they have become a product of the past. Industry-wide, “box foundations’ have become the primary support base under modern mattresses.

The Bedding Group has been a big promoter of these newer support systems. Box springs for years and years have been very notorious for changing and giving inconsistent support to your mattress as they age. Engineers of these products often say that you never know what they are going to do, making them very unpredictable at best. They also say in the case of wood foundations, you always know what you have. Foundations are very stable, rigid bases that are going to be supportive giving you many years of consistent dependable service. You also don’t have to be an engineer to know if a foundation is failing, unlike traditional boxsprings.

The Different Types Of Foundations

The Bedding Group (TBG) facility in Rock Island, Illinois, has its foundations made nearby by the local Amish Community. The 3 different standard foundations types that STL Beds offers include support for the Innergy 2 Two-Sided Mattresses, BackSense, and Natural Sensations beds. This foundation has been extremely successful and is used under most of the beds The Bedding Group produces. Additionally, at this standard level, TBG also offers a semi-flex box which is a metal and wood base. This is used under some of the Laura Ashly offerings.

Their best foundation is the pillar of the line. This top-of-the-line base is called the Medicoil HD Heavy Duty Foundation. In the beginning, it was marketed to plus-size people and was designed to support weights of 350 lbs. per side.  That is 700 lbs! Like a house, every good home starts with a good footing and foundation. This bottom structure of support holds up the entire house. The floor, walls, and roof, etc. The foundation for a mattress does the same thing. Without a good base, your mattress will fail. TBG has pulled out all of the stops and significantly beefed this bad boy up to hold and support greater weights. In fact, it is so strong STL Beds uses it to support our softside waterbeds. As you can imagine a waterbed is the heaviest application in the industry.  We always say that it is so strong you may never have to purchase another mattress base again.

How The Standard Foundation Is Built

The standard foundation is built from thick seasoned Canadian Pine. There are 2 anti-sway braces, 2 staggered cross braces, and head-to-toe center supports.  The perpendicular Buffalo Designed support edge blocks are used for added strength which makes the joints stronger and flexes less.  The system is assembled using deluxe firm gripping nails with barbs on them rather than traditional smooth nails or staples. Unlike staples (the industry standard) the threads on these nails separate the wood fibers – which then lock back into the rings – this helps resist loosening and anchors firmly into the wood staying tight and secure.  The purpose of this is to help eliminate squeaking. This isn’t the only way The Bedding Group works to eliminate squeaking in their foundations.

Often, squeaking in a foundation comes from a cardboard corrugated insulator that rests on top of the foundation slats. The Bedding Group uses special glues which are not as stiff and there is no cardboard used on these foundations. They are also more elastic and flexible to help deal with this frustrating issue. In the end, the goal is to not have pops, squeaks, or any other kind of irritating noise.

The warranty on Bedding Group-built foundations follows the warranty on the mattress it will be used with. In other words, the same base foundation that we use under their 1-year product they also use on their 15 and 20-year mattresses.

It doesn’t matter which bed you buy, the TBG HD and Standard Duty Foundations are designed to stand the test of time.

There is a lot of talk on the Internet saying that steel systems are stronger than all wood bases. We can honestly say from our experience that we’ve had no problems throughout the many years we have sold this type of base. If they are so strong, why are they not using steel bases to be used under soft-sided waterbeds?

Consider this: they use steel to build skyscrapers rather than wood but the metallurgy, doping, and composite can be factors on durability.  Finally, the thickness or steel gauge of the steel all comes into play. Basically, what all of this means is that using quality building materials assures us that if we build a good, solid product it will hold up for the time that we expect it to. We don’t necessarily need to build a skyscraper to do what a standard subdivision home can do.

The Medicoil HD foundation is the same technology that’s under the standard wood foundation – but on steroids. This super heavy-duty foundation is built from thick seasoned Canadian Pine. There are 14 closely-spaced slats for extra strength, durability, and less sagging. There are 2 anti-sway braces, additional staggered cross braces, 2 extra-strong head-to-toe center supports, and extra perpendicular Buffalo Designed support blocks for added strength on the seat edges. This is assembled using deluxe firm gripping nails with barbs.

This foundation is guaranteed to hold up in all the circumstances that we expect it average size couples, plus-sized couples even waterbeds. The HD Foundation is guaranteed to hold 2 people up to 350 pounds each for 25 years. For the manufacturer to make that kind of promise, they really must give the consumer a whole lot more for their money. This foundation on average in queen size costs about $300.00 whereas the foundation under the typical brand name queen is about 2/3 the cost at $200.00

Many people ask since it’s so good, why couldn’t the builders of this foundation put this base under every mattress they sell? The answer is a matter of costs. Consider what it would do to the buyer’s final cost. In some cases, a beefed-up foundation just isn’t necessary or needed.

Why Doesn’t The Bedding Group Use Box Springs?

The thinking that we must have steel construction and steel springs as the supporting mattress base is old-school thinking. The Bedding Group’s support bases are not the cheap foam foundations of the past that were often used under a low-quality low budget bed.

In the past, it was thought that we needed a shock absorber. We used a box spring because of the action of a person being on a coil spring mattress with daily use needed to displace weight and move some of that move down through to something below. Box spring was designed to handle the energy. These box springs had larger coils and thicker steel, but not nearly as many as inside the mattress. Old box springs were designed to take the punishment. The downside is they were bouncy and added to the springiness of the sleep system. It also added to another troublesome issue – motion disturbance as sleepers repositioned or moved. The “springiness” transferred across the mattress like a wave of water.

The biggest reason The Bedding Group decided to do away with the box spring is that when a box spring fails… you don’t know it has failed. It can take up to 6 months before the mattress develops sag. Mattress sag is something that we don’t hear much about anymore. The buzzword today we hear about is body impressions.  The fact is we don’t have problems with sagging because when a box spring would fail it would cause this huge cave-in. You could get off the bed and the box spring looked fine, but the metal had fatigued underneath from the daily use of being pounded.

The innerspring of the mattress eventually follows the sag created within the box spring within 6 months or so. The outcome is you must replace your mattress set because the set has failed. Chiropractors and mattress builders recognized that sleepers would start experiencing back problems within those 6 months. Many consumers were sleeping on a bed with a bed box spring during that time and didn’t realize it. You start waking up in the morning and wondering where this pain is coming from.  It’s now 6 months later and you start seeing some sag in your mattress.  The failure within the box spring was what was going on during this time you weren’t getting the support you needed; now it’s degraded so bad you’re beginning to see it in your sleep set. Therefore foundations are preferred over box springs.

Foundations and boxsprings are more predictable which makes them more reliable.  Chiropractors believed and recommended doing away with flexible box springs and replacing them with a reliable, flat, and solid predictable surface. If you have a failure in a foundation, it’s because a board broke and a person can immediately tell there is something wrong with the system. The truth is you’re saving yourself from damage to your back from an unpredictable box spring. In today’s technologies, we can build a better more reliable, and predictable box and we no longer have a need for a “box spring”.

FAILURE IS NOT AN OPTION

The Bedding Group strives for success. Fail is a four-letter word in their company that is now over 100-years old. This comes from the fourth generation Darren Sodikoff. Darren sees to it that The Bedding Group’s mattresses and foundations are built with the same high quality his family put into every mattress before him. Their factory builds beds the way they used to be built. He also says their company will take back anything that is bad; they don’t want to make a bad product, so they take great pains to make a quality product that goes out the door to customers’ homes, but does NOT get returned. Period.

Because Of This, We Are Excited To Offer The Bedding Group Lines Of Products On Our Showroom Floor And Website.

Some Other Heavy Duty Mattress Reading 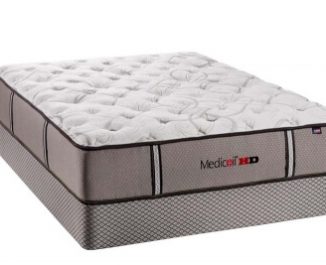 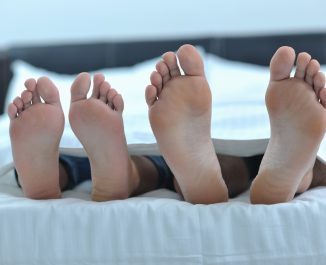 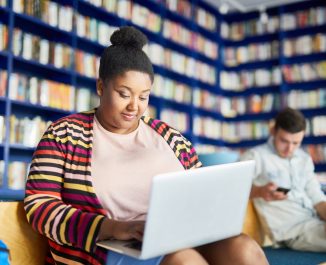 Choosing A Heavy Duty Mattress (Look For These 4 Things)