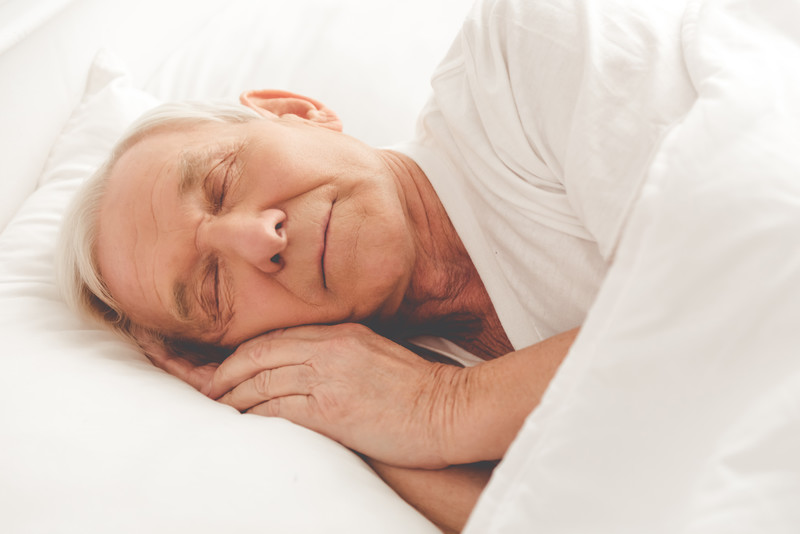 All The Changes In Sleep As You Age

Babies require more sleep than adults. Teenagers prefer sleeping past mid-morning. Toddlers take afternoon naps. As our body ages, we go through a variety of changes that affect the amount, depth, and quality of sleep as well as favored times to go to sleep and wake up. Each phase comes with its own characteristics and challenges.

Young children often want to stay awake through nap times and past bedtime. Parents often feel this struggle as they try to ensure their child receives the required amount of sleep for his age. Teenagers may find themselves dragging through the school day, as their natural body rhythms urge them to sleep past the morning school bell. Older adults may find themselves waking up throughout the night or even waking up earlier in the morning than they are typically accustomed to rising.

Over our lifetime, the amount of sleep we need each day slowly declines. From the time we are born, our bodies mature and develop, allowing us to function on less sleep, leveling out at around eight hours of rest as adults.

As we age, our bodies also become accustomed to different sleep patterns. In the womb, an infant will tend to sleep during daytime hours while her mother is active. The motion of her mother’s daily activities will lull her to sleep. At night, when her mother is sleeping – or trying to sleep – and all is still, an unborn baby will wake and may be more likely to move around in the womb.

A newborn baby may still sleep during the day and be more awake at night due to her habits before birth. As the days pass, her sleep patterns seem random, as she only seems to wake to eat before sleeping again, whether it’s day or night. At around three or four months old, infants sleep patterns become more regular with longer periods of sleep. Now is a good time to begin teaching your chil proper sleep habits.

Older babies develop solid periods of nighttime sleep with two or more naps during the day. Toddlers begin to sleep through the night completely. They nap less and for shorter periods of time. By six or seven, children typically don’t nap at all anymore. By this age, kids will sleep in one block through the night, just as adults do.

In some cultures, naps continue through adulthood, particularly in tropical areas with especially hot temperatures. In these areas, people tend to nap in mid-afternoon, which is the hottest time of day. During this time of day, there is a drop in the brain’s alerting signals that counteract the urge to sleep, making it easier to drift off. In cultures that nap, nighttime sleep is usually an hour later than it is in non-napping regions.

NREM is characterized by the following three sleep stages:

REM sleep, widely known as the dreaming stage of sleep, varies with age. Scientific research points to the possibility of REM sleep being related to brain development.

Newborns and infants typically spend twice as much time in REM sleep as adults. They often are seen twitching and jumping because their bodies are “acting out” their dreams. As the body ages, it develops a neurological barrier that inhibits muscle movement during sleep. By six months of age, infants’ brains have developed fully and no longer flail as much when asleep.

When asleep, the body cycles through periods of REM and NREM sleep, which differs depending on age. For adults, the cycle lasts 90 minutes, but it’s only 50 minutes for children. In children, there is a relatively long cycle of N3 or slow-wave sleep. As we age, the amount of slow-wave sleep starts to decline, beginning in early adulthood. By the time we are senior citizens, our bodies produce shorter sessions of N3 sleep, resulting in fragmented sleep periods with awakenings throughout the night.

While children and adolescents share similar patterns and cycles with adults, their timing of sleep varies from that of adults. We all have an internal clock, known as the circadian pacemaker, that determines when we fall asleep, when we wake up, and how sleepy we feel throughout the day.

Adolescents experience changes to their circadian alerting system due to developmental changes in their bodies. This causes teenagers to not feel sleepy until much later at night. This means that their bodies are not ready to wake up until late morning, but school hours require them to awaken after a short sleep cycle and interrupt their natural circadian rhythm. Some adults can experience similar issues when exposed to artificial light sources, such as lamps, televisions, and cell phone screens.

A good night’s sleep depends on numerous factors, which change as we age. Babies require more sleep and may kick or jerk in their sleep until around six months of age when their brains develop the neurological barrier which will prevent the limbs from “acting out” dreams. Toddlers and young children require naps during the day to meet the sleep needs of their bodies. Teenagers sleep in a solid block of time during the night without the need for naps; however, their internal clocks are set to stay up later and sleep in longer. Adults need eight hours of sleep and as they age, they may begin to awaken earlier in the morning and feel sleepy earlier in the evening. With a better understanding of your sleep requirements, such as sleep duration, patterns, cycles, and timing, you can rest assured that you will have a good night’s sleep.