Not so long ago I was once a mattress dealer that sold this prestigious name brand mattress and I can tell you overall, the experience with the beds was better than other brands. Recently Consumer Reports polled its readers and hands down Tempur Pedic won the “Would you buy this mattress again?” question, an answer many manufacturers would have loved to have received.

The mattress is Too Heavy

While it is true that these memory foam mattresses are heavier than most they do use more foam in a cubic foot of mattress space than most which mean longer life and unfortunately a heavier mattress.

Visco Elastic foam is temperature-sensitive and will vary in firmness in accordance with room temperature. The sleeping area does tend to become more stable as it evens up with body temperature over time.

While I disagree that overall memory foam sleeps hot for everyone, one cannot ignore the complaints. The Tempur Pedic Airflow System™ is supposed to have alleviated the heat issues.  Some would argue that the initial contact foam which is temperature reactive is where the real issue lies whereas the Airflow System™ is buried deep where it may be significantly less effective.

I was unable to find any information that specifically addresses the issue on Tempur Pedics website, however, the issue, in my opinion, is one of concern for many potential buyers worried about possible effects. Affects that may be associated as a result of mattresses that are synthetic petroleum based.

There is no doubt when comparing Tempur Pedic to other brands and especially other memory foam mattresses that they can be one of the costliest mattresses to purchase these days. However, in fairness they have earned their steep price tag. They are well marketed, which costs money and creates brand recognition. In my opinion, they are probably the best which is why everyone else seems to compare themselves to the original, Tempur Pedic.

Getting out of Bed

One of the most common complaints is getting out of the bed due to the temporary support hole that develops when you are lying there sleeping. The surrounding foam is often firmer making it tough for some people to get out of or climb out of as others describe it. 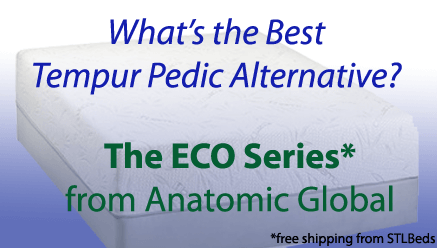 Truthfully this is related to the previous problem listed in #6; however, adding to it was the common complaint of turning over which was often described as quite strenuous and often wakened them. The extra work of turning over was said to be by some as counterproductive to the less tossing and turning marketed feature of the beds’ design. A feature that is related to pressure relieving foam that significantly reduces overall body pressure.

This really goes along with the previous two issues but we wanted to make sure it was included.  See #6 and #7

When a person first lays in some memory foam mattresses the initial feeling can be a bit shocking, but almost as quick as you think that, you slowly start to feel your body melt as some people call it, into the mattress.  Tempur Pedic offers models that respond faster and that are softer than their earliest beds helping to solve such issues.

It’s true that they can have a chemical type odor as do many of the comparable products associated with them. Most agree that this tends to dissipate quickly once the mattress is removed from its packaging in usually just a matter of a few days to a couple of weeks.