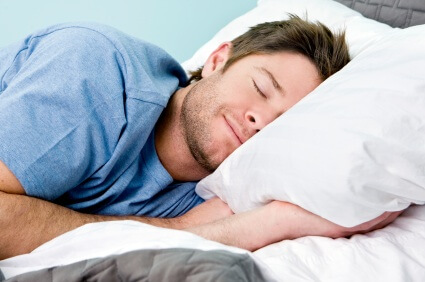 Get a Better Nights Rest!

One of the biggest complaints, heard ’round the world is this: “I don’t get enough sleep at night!”. While we can’t add more hours to the night, I can tell you how to make the most out of the time you are getting to sleep. Below are some tried and true methods our customers have used to get a better, more restful night of sleep.

The most simple thing you can do to fall asleep better, is to turn off all of your little distracting light sources. Examples that usually don’t emit much light, but just enough to become an annoyance as you are trying to fall asleep and getting your mind to settle. Illuminations from red lights on TV’s, DVR’s, those piercing lights piercing in under the door, and other lights such as those should be blacked out. Another simple thing you can do is to turn on white noise. White noise is a noise produced by a machine designed to emit soothing, low level sound that blocks out any unwanted noises (such as the neighbors dog barking, or the downstairs TV). Various types of fans such as table top, stand alone, or ceiling fans can also make great white noise solutions.

An hour before you go to bed, though it is hard in today’s world, you should stop using electronics. This hour without electronics will give your eyes the time needed to get as tired as the rest of your body is, and help them recuperate better at night. Along with that last point, about twenty minutes before you go to bed, read a book, or do another relaxing activity. It will help your brain and body calm down. If those don’t work, then it’s time to bring out the big gun, no caffeinated drinks after 2p.m. No tea, soda, or coffee. Caffeine stays in your body for hours after you consume it, so it’s terrible for you when you are trying to sleep better. Eating a light supper and not eating late is another import key to getting good sleep. In particular do not eat at least 2-3 hours before bed time which can also help in the digestive process and can even offer some relief for those with health issues like GERD; Gastroesophageal Reflux disease.

After these methods have all been tried, and you’re still not getting restful sleep, you could also try sleep aids. OTC medications exist with the specific purpose of making you fall asleep quickly, easily, and effortlessly. These medications give your body the ability to rest deeply in a short amount of time. I don’t suggest using them however, except as a last resort and first consulting your physician. It’s always better to be as natural as possible.

Some desperate sleep seekers opt for one of the old wive’s tales like drinking glass of warm milk before bedtime to fall a sleep faster. Research and evidence refutes otherwise and says that it may be more psychological associating milk with their childhood and the security of being tucked in bed by their mother at night. It has also been said to count sheep will aid in falling a sleep faster.  In an article written by Anahad O’Connor in the New York Times scientists found it to be more of a distraction that increases thought patterns in the brain, making it harder to relax and or fall asleep.

Feel free to share methods that have worked for you in your quest for a better night of sleep by commenting and sharing with others having the same problem.