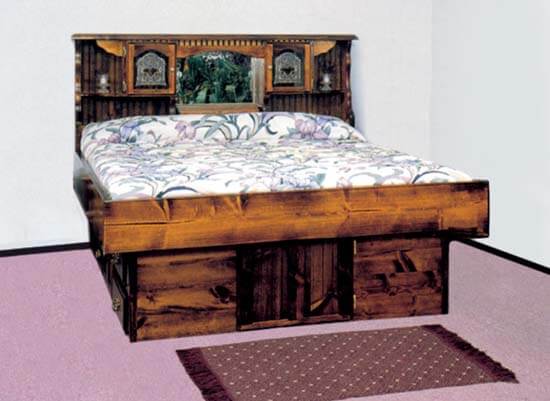 Best Waterbed Mattress To Have Sex On

If there was ever an assignment this reporter was excited to report on, it has to be this one. What an assignment, doesn’t everyone want to know which is the Best Waterbed Mattress To Have Sex On? Bring on the testing after all these lairs of the sexual seventies have always had a sexual mystic about them and have often been described as the ultimate sexual fantasy for both men and women. Billy Joel’s Scenes from an Italian Restaurant Lyrics sets up the scene in the 1970s when he sang about how Brenda and Eddie… 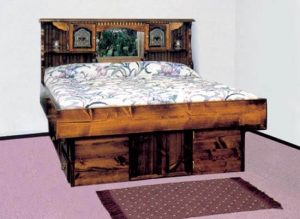 Got an apartment with deep pile carpets

And a couple of paintings from Sears

A big waterbed that they bought with the bread

They had saved for a couple of years

Which begs the question, which waterbed mattress is best to have sex on a Free Flow or a Baffled Waterbed Mattress?

Personally I find waterbeds to be extremely comfortable. Their pressure relief on the entire body is second to no other mattress. Sex on a waterbed mattress? Highly overrated Billy and hold the shag carpet, please! Whether or not the mattress is free to flow or baffled can impact a couple’s romp in the sheets, again I would have to say yes.

Free flow mattresses while they’re often described as wavy and wild, old rockers like Billy J. should have sung about these old beds and how they couldn’t keep a beat. Perhaps a bottle of baby oil would make one forget all about that?

Remember the saying: “It’s not the size of the waterbed, it’s all about the motion of the ocean?” Well sorry, sea dweller there is some bad news here, baffling people decided to take your motion away. They did this by reducing motion and increasing overall body support. These modernized mattresses are often described as waveless waterbed mattresses and somehow the name of these mattresses doesn’t exactly match the flow of the old water bed adage.

Sex on Waterbed Hot or Not?

The sexual revolution may have begun in the 1960s but it seemed to end with the waterbeds in the 1980s for most fantasizers. So which is the Best Waterbed Mattress To Have Sex On baffled or free flow? For this old waterbed salesman and longtime waterbed owner, I would have to say baffled. While I still sleep on a soft side waterbed personally and love it for its truly unique feel, incredible temperature control, and unbelievable pressure relief I must say sex on a waterbed leaves a lot to be desired compared to other kinds of mattresses. Perhaps my article will inspire others to go out and start their own sexual revolution with a little mattress testing at their local Motel 6. They’ll leave the light on for ya.