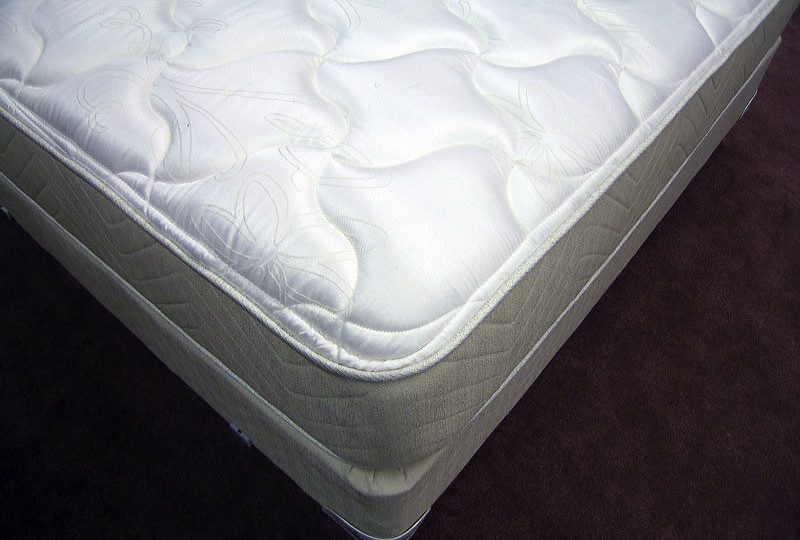 Why do mattresses cost so much?

Recently there was a question asked in a forum I was visiting online and it said that some countries’ mattresses can be found as low as $10.00, and they wanted to know why mattresses cost so much here in the USA and in general this is a question we get asked frequently, so lets take a look.

The bulk of mattresses being sold right now are American Made, but that is changing quickly. A recent US Department of Commerce Industry Report breaks down the details for various categories of the furniture industry including mattresses.

So who’s to blame for expensive mattresses?

What the report didn’t say in simple laymen’s words is this. The higher cost of mattress and boxspring supports the raw materials suppliers of foams, fibers, fabrics, cotton, wood, etc. It also supports the nearly 500 American mattress manufacturers that assemble the beds in which most of the process is done by hand making it very labor-intensive. Higher mattress costs can also be attributed to retailers. Additionally, we can add in the trucking industry who supports all these businesses from the gathering of the raw materials to the delivery and installation in the customer’s homes.

Each of the fore mentioned industries have their support staff from clerical work to advertising even mechanics and machinists. A lot of people have their hands in the mattress and furniture till including all of the businesses that support the mattress industry. What I think this person missed when they asked the question is how everything trickles down.

Let’s face it higher mattress costs support all the previously mentioned which are American salaries and benefits that go along with those jobs. The countries where a person may or may not be able to find $10.00 mattresses do not support the fair trade or fair wages that the large network of good-paying American jobs do.

Lastly, some people may argue this point but I believe comparing $10.00 mattresses and the like to American Mattresses is like comparing cars to bicycles. Foreign manufacturers of cheap mattress sets don’t offer the variation of the hundreds of mattress choices that quite frankly the USA consumer demands. American technologies put forth by companies like Simmons, Sealy, Serta, Tempur Pedic, Leggett & Platt, Latex International, and others continue to lead the world in mass-produced mattresses which are designed to be comfortable and supportive for the human body.

So what can we do when offered the choice of a cheap import mattress?

The next time we see a mattress set priced for a few hundred dollars or a couple of thousand dollars think about what goes into the production of that superior American engineered and manufactured mattress on an industrial scale that supports hundreds of thousands of family’s livelihoods and then thinks about the alternative and buy American made. Your friends, family, and neighbors will be glad you did.