The Best Bedtime Story Ever! – Fun Facts about Mattresses through the Years 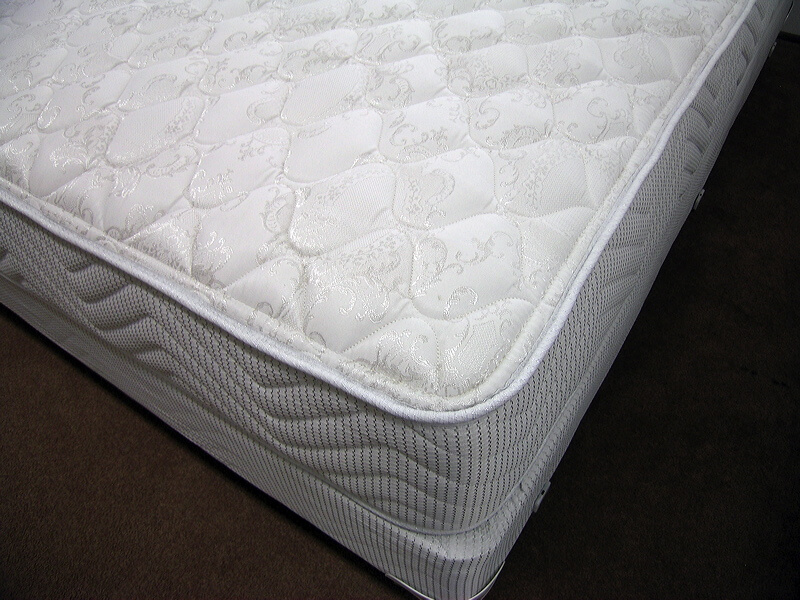 A comfortable, supportive mattress is something many of us take for granted and we rarely think about how they’ve evolved over time. Here are some fun facts about the changes to mattresses over the years.

Have you ever wondered if Neolithic man was concerned about bed bugs biting? Apparently he was, adding a “top sheet” made of insect-repelling greenery from river wild-quince to ward off mosquitoes and flies. How do we know this? Archaeologists unearthed the world’s oldest known mattress in South Africa. Consisting of layers of reeds and rushes, this mattress dates back to 77,000 years ago.

The mattress remained quite primitive, at least by today’s standards, until Egyptian pharaoh’s discovered the sleeping benefits of raising a pallet off the ground. While King Tutankhamen slept on a bed of ebony and gold, commoners slept on palm bows heaped in a corner of their homes.

The Roman Empire made further improvements to the mattress. Decorated with gold, silver or bronze, luxury beds featured mattresses stuffed with reeds, wool, hay or feathers. It’s also during this era that the waterbed gets its start. The wealthy sleeper would recline in a cradle of warm water until drowsy before a servant or slave would lift his master onto an adjacent cradle with a mattress and rock him to sleep.

By the time the Renaissance rolls around pea shucks, straw or sometimes feathers are stuffed into coarse ticks and then covered with lavish velvets, silks, and brocade fabrics. But for servants, the bedtime story was quite different. William Harrison, a Tudor servant, described the beds he encountered during his tour of England in 1587.

We ourselves have lien full oft upon straw pallets, covered only with a sheet, under coverlet … A good round log under our heads, instead of a bolster … As for servants, if they had any sheets above them, it was well, for seldom had they any under their bodies, to keep them from the pricking straws that ran oft through the canvas.

In the 17th Century when King Louis XIV took the throne, beds were so luxurious and comfortable that he often held court in his royal bedroom. King Louis XIV reportedly owned 413 beds with the spacious and ostentatious among his favorites.

Sleeping on the ground made a person’s bed more susceptible to bugs and vermin. Fortunately, the late 18th century provided a sleeping space less attractive to bugs with the advent of the cast iron bed and cotton mattresses. Up until that time, bugs and vermin were considered an accepted component of even the most royal beds and sleeping chambers.

By 1865 the first coil spring mattress was patented. But in the 20th Century society sees revolutionary changes to the mattress with innerspring mattresses and upholstered foundations in the 1930s, futons in the 1940s and rubber foam mattresses and pillows in the 1950s. The 1960s introduced the waterbed, at least the one elite Romans had always dreamed of. No-flip mattresses also become common during this decade. The 1980s brings the airbed. While everyone was supersizing it at the drive-thru, queen-sized mattresses kept pace as well, becoming America’s most popular mattress size while beating out the twin for the first time in history. The 2000s have ushered in an almost unlimited range of innerspring mattress designs and it’s why consumers are turning to reliable mattress retailers like STLBeds when it comes time to purchasing a mattress that’s both affordable and fit for a king.

The Importance of Maintaining and Replacing Your Pillow
May 3, 2019

The Evolution and Anatomy of Waterbed Mattresses
April 3, 2019

Why You Need a Relationship with a Bamboo Waterbed Mattress
March 27, 2019