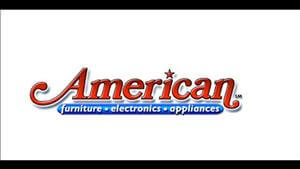 As many of us in this industry already know the furniture industry has really struggled in recent years and now another bit of bad news, according News Channel 5 (KSDK) St. Louis – American TV Furniture and Appliance has decided to shut down four of there locations in the St. Louis MO area including its local support operations.

While the chain itself is not going out of business, there were 4  local stores that were announced to be closing.

They are located in Cottleville,  Bridgeton, Fenton, Missouri and O’Fallon, Illinois on the east side of the metro area.  It was not said how many jobs were lost or if those jobs would be relocated to other locations.  According to the report, all remaining American stores in Illinois, Michigan Iowa, and Wisconsin will continue to remain open providing business as usual.

Starting June 4 Store-closing sales will be set in motion and run for several weeks.

There is great news for previous customers of American Furniture and Appliance. The company has announced that they are honoring gift cards for the duration of the store-closing sale and offer refunds to consumers who decide that they do not want to redeem them.  Extended warranty plans will be honored and will continue to be valid per their agreement and are insured through a third-party insurance group.  It is that refunds will be available on pending orders or regularly delivery for customers who currently have open orders to pick up or waiting for delivery.  Pending service items and orders will either be or returned to the customer prior to closing or repaired.